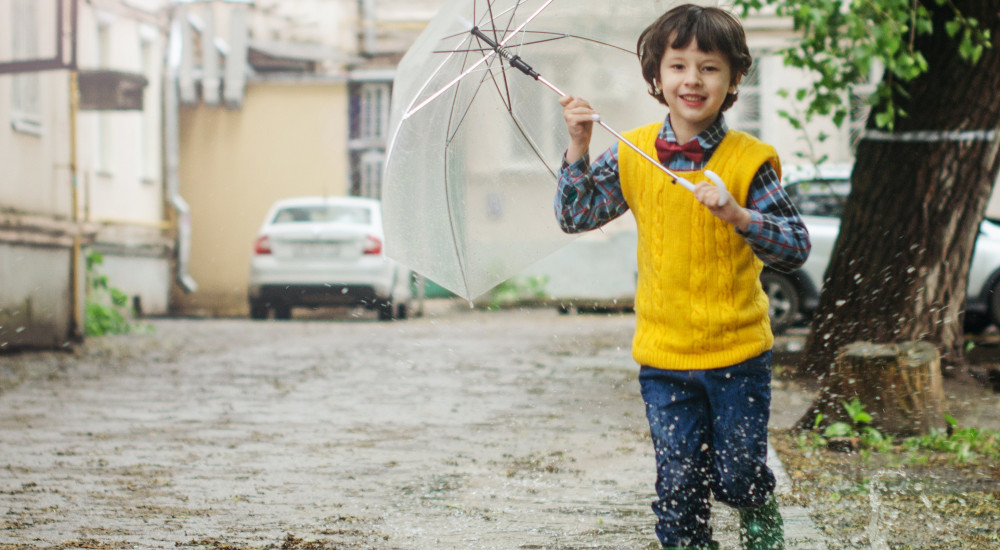 Adapted with permission by the Child Mind Institute. Original post can be found here.

If you’ve noticed a shift in your child’s mood or behaviour as the season changes, you might have wondered if seasonal affective disorder (sometimes abbreviated SAD) could be involved. But what exactly is seasonal affective disorder, and how do you know if your child is experiencing it? Read on for help understanding this sometimes-confusing diagnosis, plus tips to help your child thrive through the winter, whether or not they’re experiencing SAD.

What is seasonal affective disorder?

Despite its name, seasonal affective disorder (SAD) is not a distinct disorder. Rather, it is a specific type of major depressive disorder that comes and goes according to changes in seasons.

Women are more likely to be affected by seasonal affective disorder than men. While symptoms usually start to show up in older teenagers or young adults, younger children can experience SAD too.

Experts are not exactly sure what causes SAD. One theory is that access to less sunlight in the winter months may affect the levels of melatonin and serotonin in our brains. These changes can then result in changes in our mood and energy levels.

What are the signs of seasonal affective disorder?

The symptoms of SAD match those of other kinds of depression, including:

•  Feeling unusually sad or irritable, even when there’s no obvious reason

•  Losing interest in things that used to be enjoyable

•  Changes in weight or eating habits

• Sleeping too much or too little

• Thoughts of or attempts at suicide

As in other kinds of depression, a diagnosis is only made if many of these symptoms are present for two weeks or longer. Additionally, the pattern of depression coming and going with the seasons must occur for at least two years to be considered SAD.

How is seasonal affective disorder treated?

In many cases, the recommended treatment for seasonal affective disorder is cognitive behavioural therapy (CBT). Because energy levels and motivation decrease when individuals are depressed, CBT for this diagnosis often focuses on a type of therapy known as behavioural activation.

“There are a lot of behavioural techniques that an individual can learn to help them engage in actions that are opposite to what their body is pulling them to do,” says Dr. Bernstein. “Treatment can focus on questions like: How are we setting a schedule? How are we doing things even though we don’t necessarily want to be doing things?” This can include support developing and sticking to routines for:

Especially in regions that get much colder and darker in the winter, behavioural activation therapy can help people to stay active and get outside in the daylight, even when doing so isn’t appealing. “The more often we can get access to sunlight during the winter months, the more helpful that will be to maintaining a stable mood throughout those seasons,” Dr. Bernstein says. “Regular physical activity and a balanced diet have also been found to be helpful,” she adds.

In some cases, seasonal affective disorder is also treated using antidepressant medications, including SSRIs. Light therapy, which involves looking at specialized lamps that mimic sunlight, is also an option that some people with SAD have found to be helpful in reducing symptoms.

When should parents worry about seasonal affective disorder?

All kids experience negative emotions sometimes. These emotions are likely to be experienced if they’re dealing with something challenging like a fight with a friend or a rough patch at school. It can be hard to tell whether your child’s moodiness and irritability are something to worry about.

Dr. Bernstein recommends considering your child’s current mood as compared to their normal behaviour, whatever “normal” means for them. For example, your child may used to love making silly TikTok videos, but now they say that it’s not fun anymore. If your child seems to be losing motivation or having a harder time enjoying things, those might be signs of depression, whether or not it technically qualifies as seasonal affective disorder.

Looking for patterns of change is key, says Dr. Bernstein. “We’re not talking about a kid who is active all week and then has a hard time getting out of bed on Friday,” she says. “We’re talking about at least two weeks of not responding to friends, of not coming to the dinner table, of not doing schoolwork. When you see a continuous pattern, it is time to reach out for help.”

It’s also important to remember that you can always ask a professional, even if you’re not sure if there’s a problem. “Listen to that parental instinct that says, ‘This doesn’t feel right,’” Dr. Bernstein says. “Reach out to a pediatrician, therapist or general practitioner. It’s better to ask whether something is normal as soon as you start wondering, rather than waiting for things to escalate.”

Diagnosis of seasonal affective disorder or not, a lot of people have a harder time staying cheerful in the winter. Between cold weather, less light, and holiday stress - keeping the whole family mentally healthy can require a little extra effort.

To that end, she recommends getting ahead of the season’s challenges by putting a few strategies in place now, whether or not you’re dealing with seasonal affective disorder.

•  Stick to routines. Routines help kids and adults alike. Having a consistent schedule for sleep, meals, work and family activities can provide stability and keep everyone’s spirits up.

•  Prioritize healthy habits. Ask kids for their own ideas for healthy activities that they’d be excited to do on a regular basis. Maybe that’s an after-school trip to the park (even in the cold!) or a weekly look through cooking blogs for fun new recipes.

•  Set realistic expectations. “It’s really challenging when we come up with solutions that are not within our grasp,” says Dr. Bernstein. For instance, you might think that exercising every day is the only way for your family to stay healthy, but work and school schedules get in the way. Try getting together as a family and looking for doable alternatives: What about a game of basketball in the driveway twice a week, or taking turns choosing music for a weekend family dance party?

Whatever you choose to do, a team effort can make it easier to stay on track. “It’s not going to be just the individual who’s dealing with depression or a pattern of challenges,” Dr. Bernstein says. If your child is having a hard time, think about what would be helpful for them and use that to create some practices that the whole family can follow together.