Alcohol is the most common psychoactive* substance in Canada. It is made from grain, fruit or vegetables that are fermented and then used in beer, wine or liquor (vodka, rum, gin, etc.). Alcohol is also used in other things like mouthwash and hand sanitizer. Some people drink them to try to get intoxicated.

Alcohol is a "downer" or depressant. It slows down the central nervous system and makes a person think, talk and move at a slower pace.  The effect alcohol has on a person depends on their size, gender, ethnicity, drinking experience, mood and the environment it is used in. Usually, your body can process about one drink an hour. If you consume more, then you begin to become intoxicated (drunk).

The amount of alcohol in "one standard drink" is: 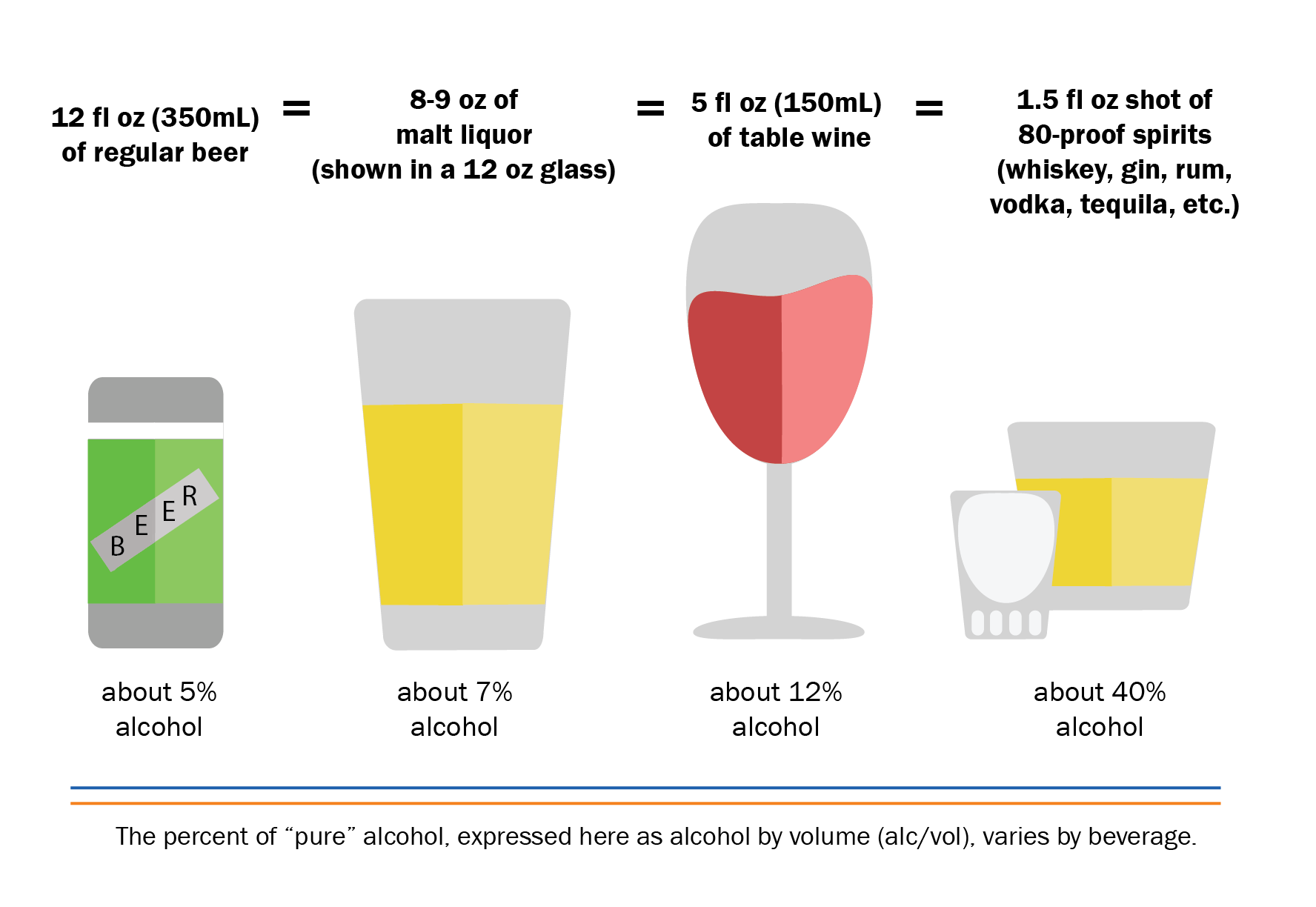 What are the effects of alcohol?

Q: What are the short-term effects of alcohol?

Q: What is binge drinking?

If a person drinks a lot of alcohol very quickly, it can be fatal. After a person passes out, the alcohol that is in the stomach continues to be absorbed into the blood stream. If too much alcohol enters the bloodstream, it may cause breathing and heart rate to slow down and eventually stop. Sometimes people who have been drinking vomit in their sleep and then choke to death.

Q: What are the long-term effects of alcohol?

Studies show that only one drink a day has beneficial effects for adults. These effects have not been shown for children or youth.

Q: What are the withdrawal effects of alcohol?

A heavy, chronic user of alcohol should be medically supervised during withdrawal because of possible seizure and other serious and deadly complications.

My Collections
Close
Save Clear